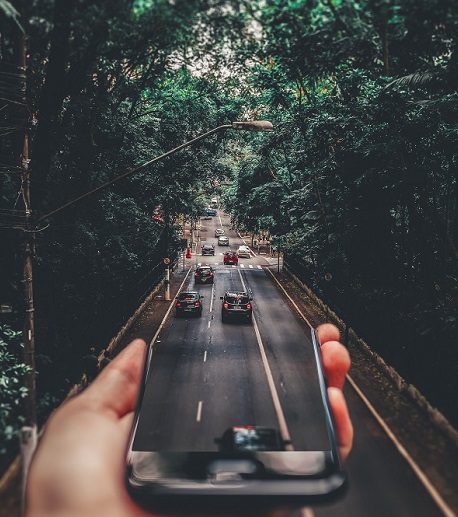 Although electric vehicles are emission-free, at least when they are powered by electricity from renewable sources, they still cause a climate impact which derives from the manufacturing of the car and not least the battery. Mining and refining of battery materials, and manufacturing of cells, modules and pack requires significant amounts of energy which could generate greenhouse gases emissions.

A lithium-ion battery can be divided into three main components: the cells, which contain the active materials, the battery management system, and the pack, which is the structure the cells are mounted in.

Aluminium is important for the pack component (for its light weight) but is a very energy-intensive material, representing 17% of the total battery’s carbon footprint (12.4 kg CO2/kWh - Figure 1).

The cells represent the majority of the energy and carbon footprint of the production of lithium battery. Specifically, 40% of the total climate impact of the battery comes from the from mining, conversion and refining step of the active materials of cells where Nickel, Manganese, Cobalt (NCM) and lithium are processed into cathode powder (NCM Powder- 28.5 kg CO2/kWh - Figure 1).

The actual cell production is the second most energy-demanding activity and represents 20% of the total CO2/kWh (14 kg CO2/kWh - Figure 1). This number is highly dependent on the plant’s capacity as many of the energy-intensive activities in cell production relate to drying and heating which is taking place in large rooms where the energy used remains the same no matter if one or several thousands of cells are in production.

Figure 1. Carbon emissions (kg CO2e/kWh) of an NCM111 (a third of Nickel, a third of Cobalt and a third of Manganese in the cathode) battery pack. From this report. (modified from Dai et al 2019).

One of the reasons for the high carbon footprint of producing lithium batteries is the source of energy used during the manufacturing process. Nowadays, the batteries are made in countries where the mix of energy is not so clean (such as China that produces 60% of its electricity from coal).

If the batteries are made in countries with higher percentages of greener electricity sources (renewables+nuclear) (and some European countries are already investing in that) then the carbon footprint of the batteries will reduce.

Another pressing issue is the verified forced and child labour in some of the countries where batteries are made (such as the Democratic Republic of Congo). There is also no law prohibiting EU countries from receiving and selling products manufactured using forced or child labour. Unfortunately, this already happens for the mining of other materials and not only for battery metals.

By producing batteries in European countries and other countries where both child and forced labour is regulated, the world would ensure not only the reduction of CO2 emissions but also the elimination of ethical and humanity problems related to the manufacture of cars batteries.

Lithium mining is a source of pollution and can have negative environmental impacts. However, there is no reason to think it will have a worse impact than the ongoing one caused by pumping oil out of the deep soil, by refining it and by transporting it to petrol stations all around the globe (by boat and car). All this, in the end, to use only 30% of petrol’s energy (see previous blog post).

Pumping oil has a huge negative impact when spills occur. Unfortunately, millions of litters are spilt every year and endanger many species.

Before arriving at petrol stations, the crude oil has to be treated, more specifically heated to 350ºC, which leads to large emissions of greenhouse gases. Around 100 million barrels of oil are heated every day, being refineries the largest pollution sources in cities where they operate.

Worldwide, 99% of the oil used in energy goes for transportation and heat and only 1% is being used to generate electricity. In the U.S.A 68% of petroleum consumption is used for transportation. Therefore, by switching to electric cars, not only we would reduce all CO2 expelled from the cars on our roads, but we would also significantly reduce the usage of petrol refineries, and consequently their CO2 emissions.

Mitigation for the environmental impact of lithium mining

A German company has pioneered a lithium extraction technique using geothermal power which it claims to emit no CO2, matching the EU stringent climate agenda. The project is expected to produce enough lithium for 1 million batteries per annum, with possible production beginning in 2024, strengthening the EU’s capability to supply its own domestic car batteries.

Can lithium batteries can be reused?

Reuse of old electric car’s batteries is possible and is happening more and more!

Once it has reached the end of its “automotive” life, the lithium-ion battery is ready for a second life. Its performance is still enough to serve an array of purposes like stationary energy storage. Stationary energy battery storage acts as a buffer to manage discrepancies between supply and demand of cleaner but less predictable energy solutions, such as wind and solar.

Old batteries can also be used for other purposes such as powering street lights (coupled with solar panels) and houses - projects funded by Europe are finding solutions for two pilot cities (the Portuguese city of Évora and the Dutch city of Alkmaar) so that second-life batteries will be installed in selected homes.

An international car’s manufacturer is using the islands of Belle-Île-en-Mer and Porto Santo as the laboratory for full-scale tests on storage using electric vehicle batteries and the local distribution of green electricity produced by local renewable energy sources.

Another initiative on the Seine in Paris involves reconditioned batteries fitted into the pleasure boats in the Paris Yacht Marina.

Can lithium batteries be recycled?

Lithium is finite and it cannot be recycled (yet), but in fact, many other parts of the batteries including copper and nickel can definitely be recycled. The percentage of lithium in electric car batteries is low (5-7%) and during the recycling process, this lithium is lost. In order to overcome that issue, researchers in Sweden and Norway are already working on methods to find ways to recycle lithium as well.

However, recycling lithium batteries is still not economically viable. Once more units of old batteries are available the price will go down. Unfortunately, right now, the client has to pay if they want the old car battery to be recycled.

Tip: If you buy an electric car from some brands (e.g Renault) you can rent the battery instead of buying it. This is more economically appealing for the company to actually recycle the battery at the end of life (instead of having to buy new materials).

If we want to reduce 80% of our current emissions by 2050 there is no doubt that stop producing petrol/diesel cars is what we have to do!

The benefit of driving electric cars in cities will be immediate: reduced noise pollution and reduced air pollution, eliminating greenhouse gases and toxins like nitrogen oxide, NOX, a chemical compound spewed from engines that is hazardous to air quality and human health.

However, electric cars have an environmental cost, mainly associated with their production. A much greener solution will require changing the mindset of our societies regarding:

• the use of cars only when strictly necessary (transporting 1 person in a 5-people-car every day to commute is so inefficient!)

• shifting from private cars to shared solutions such as public transportations, carsharing (such as sharenow, wattsonwheel in Portugal), and transportation platforms (like BusUp) that pools people of the same companies of companies, universities, and schools.

As electric cars can be a complex topic I decided to do a series of 3 blog posts in order to cover different aspects.

If you are interested in understanding in what circumstances the environmental benefit of driving an electric car is the highest we suggest you read our previous blog post.

If you want to know more about how expensive electric cars are or how convenient is exactly the charging process, stay tuned for Part III of our blog post, next week!

If you want to start living a more sustainable life, our app - Changeit - gives you simple actions you can start taking now to reduce your CO2 footprint. We designed our app to help busy people that want to fight climate change.

We compiled all the information in easy-to-read actions and notifications that will help you adopt more sustainable behaviors without taking much of your time.