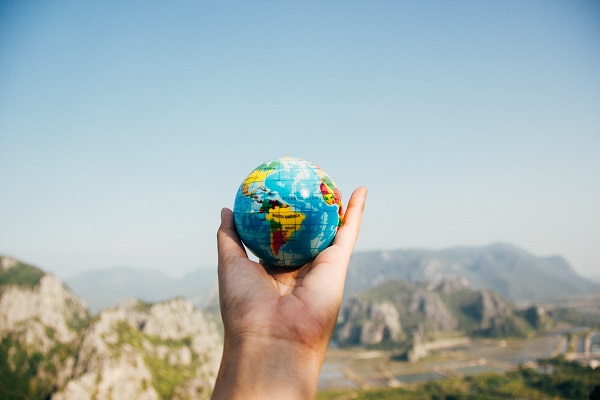 Climate change is a high-speed train, powering towards catastrophe. Even if we slammed on the brakes now, that train is still skidding some distance into the devastation. That’s the nature of climate change, a lot of irreversible damage is done, and we’ll meet the effects in the future.

The goal of the Paris Climate Agreement is to limit the increase in the global average temperature to well below 2 degrees Celsius, preferably to 1.5 degrees, above pre-industrial levels.

However, it’s estimated that the world is heading for 3 degrees increase in the next century with the current global policies. 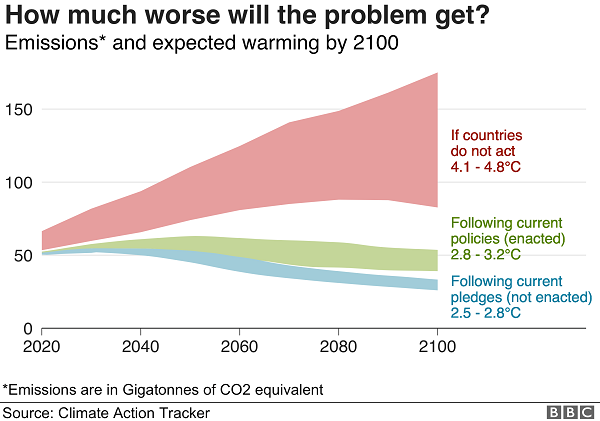 It’s easy to feel helpless. How can I, as an individual, figh climage change?

Using Changeit app means you can track your own emissions and learn how to reduce them.

We believe that taking these small actions can lead to a fundamental change, and here’s why:

1. Your carbon footprint is probably bigger than you think

An average person in the USA emits 16.2 tonnes of CO2 per year. That means that if you’re an average American, you emit the same amount of carbon emissions in one month and a half as the average person in India does in a year (check graph).

In Europe the annual average is 7.28 tonnes of CO2 per capita which is still well above the goal of achieving under 2 tonnes per year per person by 2040 (to comply with the 1.5 °C target of the Paris Agreement). 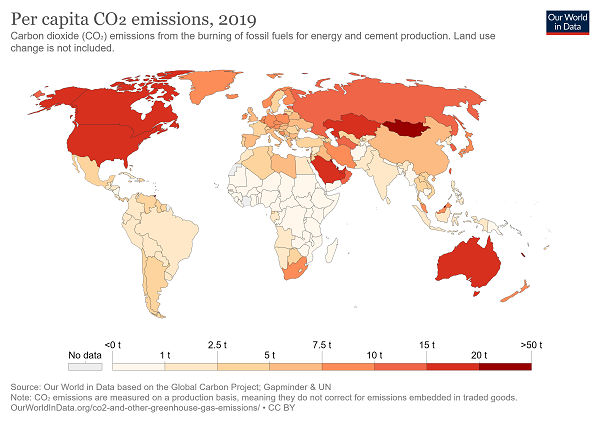 We know that many people using the Changeit app have been able to reduce their carbon emissions approximately by half from their initial footprint. This is just through some of the actions on the app, such as changes in lifestyle, diet and consumption.

If everyone in USA was able to achieve this and half their emissions too, that would equal 3.2 billion tonnes saved, which is actually around 8% of the annual global output. And that’s only one country!

OK, it’s a lot to ask for the whole country to change its ways, but have you heard of the snowball effect? Your lifestyle change and attitude directly impact the behaviours of your social circle. Just one person going against the grain of the social norms can inspire and give confidence to others to do what’s right.

If every person can influence a few people, before long the snowball effect means that an extraordinary number of people are reached.

So, people can Changeit, but are we powerful enough? Yes!

2. People are the power

You might have seen the statistic that just 100 companies are responsible for over 70% of the world’s greenhouse gas emissions. These are all gas and oil companies that continue to burn fossil fuels because the government let them.

Shame on them, but who elected these dishonourable officials? It was us.

Put simply, the government exists to serve us. Sure, a lot of politicians are in it for themselves, but their currency is our votes. If enough people want something, the government will provide it, because if they don’t, they don’t win.

Inaction on climate change prevention is possible because enough people are happy to go with the flow and continue as usual.

And it’s the same for other industries, such as agriculture, fast-fashion, and transport. The businesses’ imperative is to give consumers what they want. Change doesn’t happen unless change is where the profit is.

3. It makes a difference to you, too!

Standing up for what you believe in feels good! Making these small changes to your lifestyle and knowing that you are living a more sustainable life and having less impact on the planet is a satisfying feeling. You can be part of the change that the world needs, and be part of the great community of Changeit users who share your values.

But it’s not only that; some of the lifestyle changes can make you feel better both physically and mentally. Cycling instead of driving, relying less on consumption as a source of fulfilment, and adopting a more plant-based diet are all small actions that can make you feel good and improve your wellbeing.

We all want to see change, and if you have taken the first step and downloaded Changeit, then you are already making the planet a better place to live.

Together! Let’s change it!